An Index of the Years 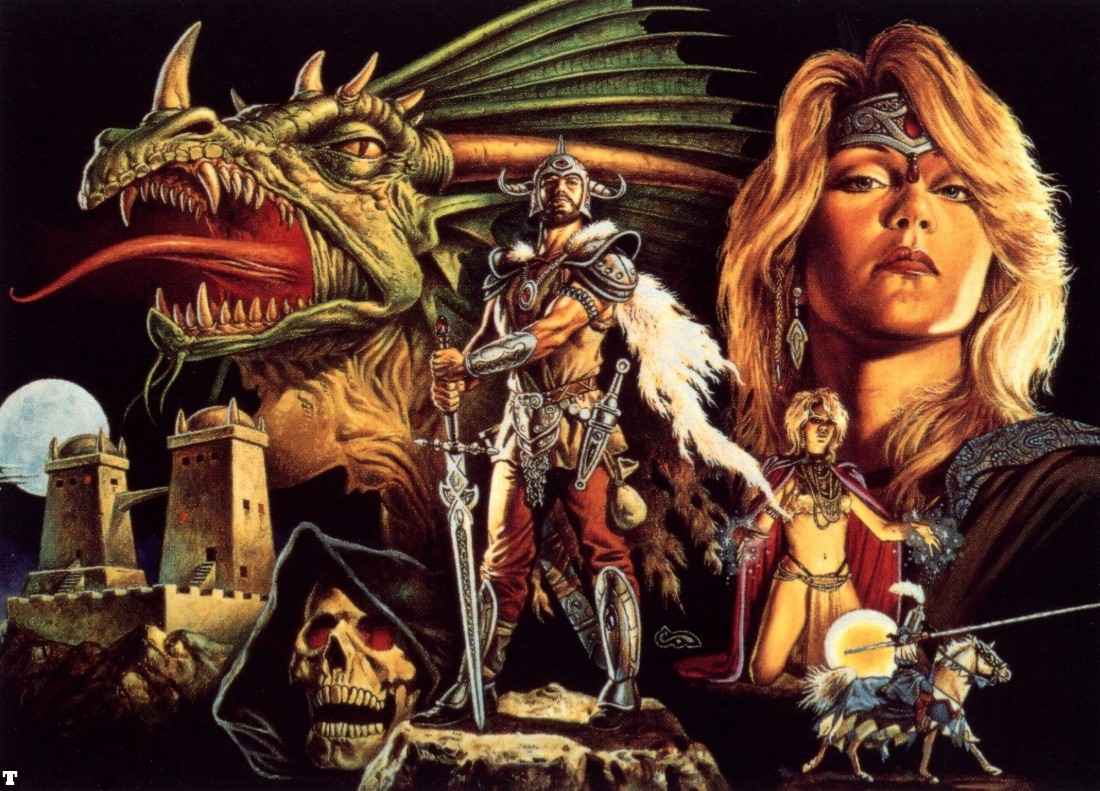 THE THIRD AGE. THE AGE OF HUMANITY

As the dwarves count the years, it would be the Year 6090 RD by now; but it is mankind’s turn now and this young race has only counted 315 years of civilization so far. Stuff has happened in the meantime, lots and lots of stuff, but the dice were still silent so we won’t disappear down that rabbit hole just yet…

Richard’s adventures in the far past were the last games that we ever ran in 2000, despite that they occurred first in Greyhawk’s chronology. To revisit the very first games we actually played, we must go back to the future…

Upon the banks of the Selintan River, construction had begun on the infamous Castle Greyhawk. It would take Zagig Yragerne 60 years to complete but it lives on in legend and myth to this very day.

The Lord-Mayor of Greyhawk City, none other than Lord Zagig, Archmage of Castle Greyhawk, passed a law stating that no truth-finding divinations shall ever be used in a Greyhawk City trial becoming the hero of fantasy roleplay attorney’s and lawyers everywhere. 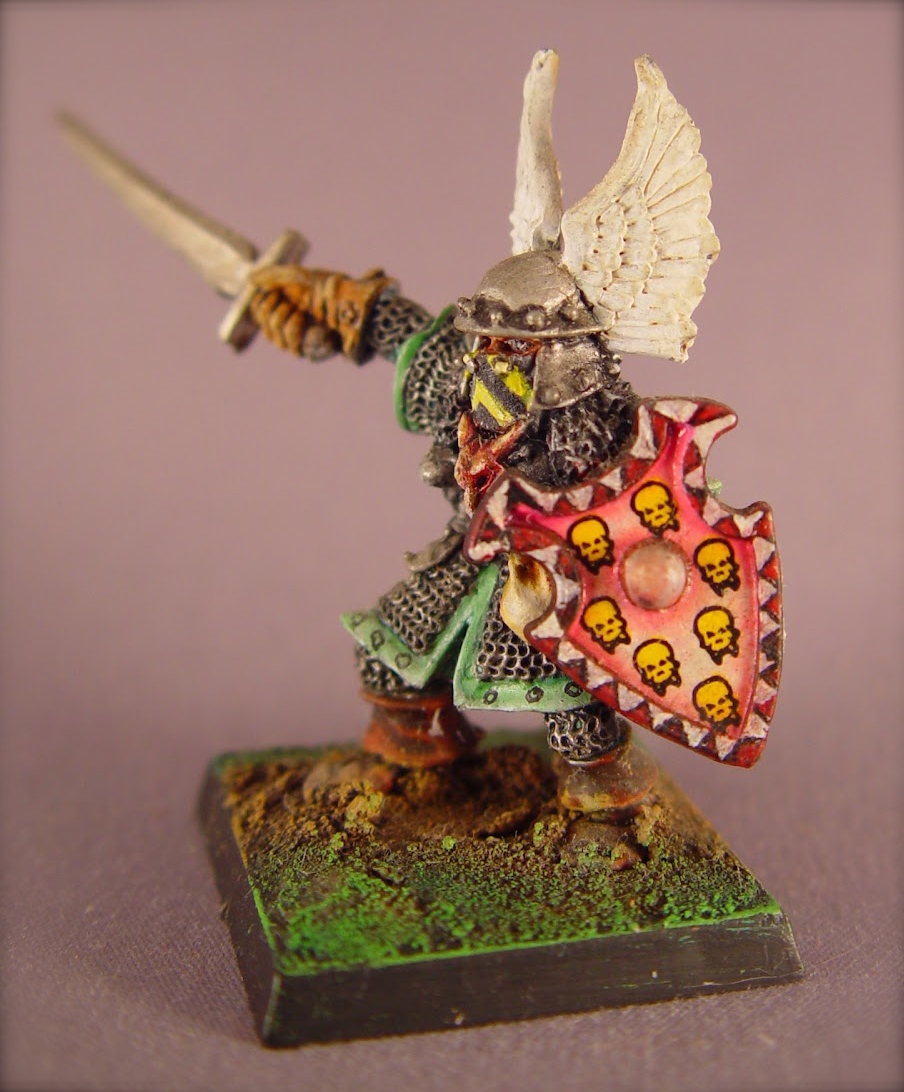 Far beneath Castle Greyhawk, far away from prying eyes, Lord-Mayor Zagig imprisoned Fraz Urb’Luu, the Demon Lord and Prince of Deception. This would soon become a habit.

Lord-Mayor Zagig defeated Olidammara, Bard to the Gods, when the God of Music made the mistake of adventuring in the dungeons below Castle Greyhawk. Olidammara was investigating the rather suspicious disappearance of several notable demon lords and demigods. Olidammara soon found out where they’d all gone, too.

Zagig quietly made room for the God of Music in his crowded dungeons.

The dice were still quiet during these years, but I am recounting Zagig’s tale because it sets the scene for so much yet to come…

…and in 437 CY while extending his dungeons, Zagig accidentally broke through into the Underhalls of Melairkyn. The long-lost Kingdom that had been founded by the fourth son of Durin Silvervein, Prince Melair all those years ago.

Bolan won’t be born for another 127 years, but he would remember because he was there…

…anyway, we’d mentioned that the dwarves had fallen on hard times – well, the Kingdom of Melairkyn had been overrun and defeated, after decades of war, by duergar and drow (who were in turn, at war with each other).

For literally 3’312 years nobody – no-one who’d ever seen the sun shine, that is – had ever walked these lost halls. And, who knew? But they extended out from beneath Castle Greyhawk all the way under the very streets of Greyhawk City itself…

Thoric Ironboot fled from his home and a lifetime of boredom in the Yatil Mountains seeking a brave new life as a pirate in the port of Crockport.

Incidentally, the dwarven Kingdom of Damgarath (of which Bolan-Donal-Ustnar was a Founding Father) had long since been fallen and ceased to be – but, a few dwarven clans in the Yatils could still trace their ancestry all the way back to Duegan’s Bastards. The Ironboot clan is one of those proud families.

After five years of life on the open waters of Lakes Whyestil, Quag and the Nyr Dyv, and a few too many adventures, Thoric Ironboot’s conscience could take no more. Too many of his swashbuckling pirate antics had placed him in too many morally questionable situations – who’d’ve thought? And so, he quit to go legit. Thoric took his share of the booty and invested it in a ship and crew of his own to begin an honest career as a merchant.

After six years Thoric was struggling as a merchant; his heart wasn’t in it, he missed the thrill of a pirate’s life even though he had no desire to return to his wayward days. And, so he gave away his business to his First Mate and joined the Royal Navy of the Kingdom of Furyondy. Thoric very quickly saw his first naval action against the humanoids of Iuz, who were at this time founding their new evil empire upon the bones of their victims. 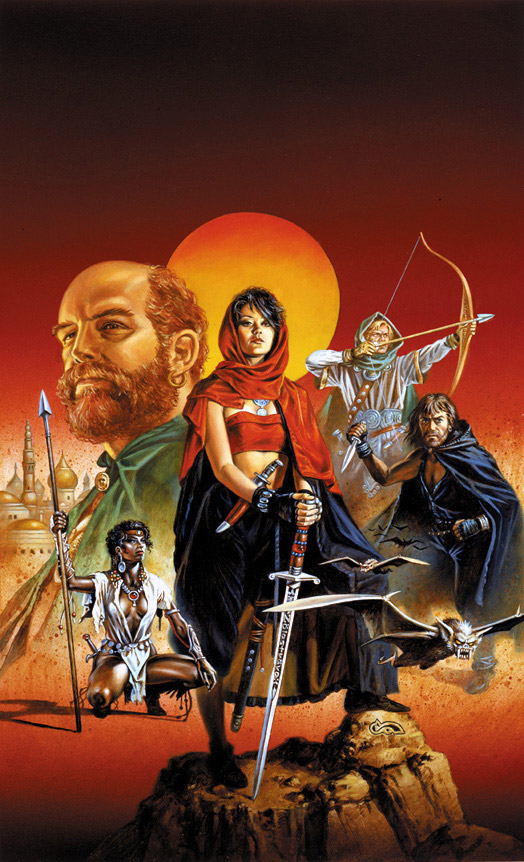 For the past two decades Iuz’s control had spread like mold on rotten fruit until the Old One had driven the Kingdom of Furyondy to its very knees.

But on the eve of his victory, Lord of Evil, Iuz was checked suddenly and unexpectedly.

You-know-who, the Mad Archmage of Greyhawk and a band of adventurers seized the Lord of Evil from his very throne room and imprisoned him deep beneath Castle Greyhawk. Deprived of their leader, the orc and goblinoid armies that were gathered on Furyondy’s borders rapidly dissolved.

Jhaxx Doldruin was born in a small and nameless village in the northern Vesve Forest. A quiet hero was born.

In the far east, in Zeif, capital City of the Sultanate, the Grand Vizier and his beloved wife gave birth to their son, Zacchar-ar-ben Mossoq, who would later in life take the name of Mort and make quite a mark on history, although not as his Royal parents ever imagined.

King K-os Bloodsword and his wife, Queen Teega, stumbled through a portal from their faraway kingdom in the World of Titan. They arrived in the Perrenland and embarked upon long and infamous lives as anarchic freebooters.

K-os Bloodsword and his group confronted the wicked wizard Bargle in his own dungeon. After many wild adventures and scandalous escapades they defeated the evil magic-user and claimed his dungeon lair as their own. It was during this time that K-os first wielded the intelligent and foul-mouthed sword, Scar.

K-os Bloodsword and his party spent much of the year exploring the infamous Caves of Chaos where they waged a bitter war of genocide against the poor goblinoid natives who really never knew what hit them. They maintained their remote dungeon lair in the Sepia Uplands and took the Keep on the Borderlands as a more local base. 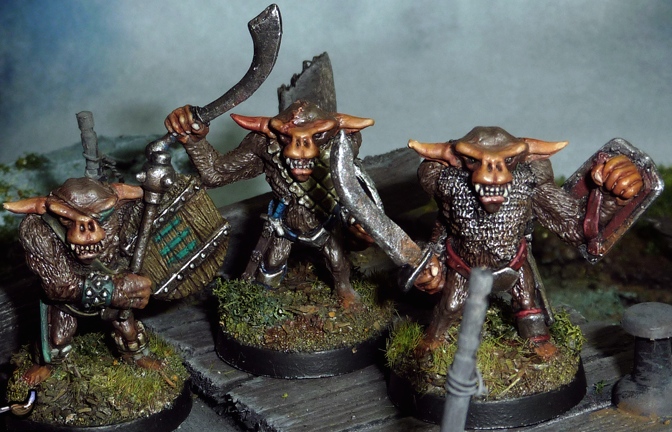 K-os, Kirigi and Zarr enlisted the aid of a tribe of stone giants, to stage an attack on the town of Exag, in which the valiant adventurers would defeat the terrible giants and win the town’s gratitude (and gold).

Their deception failed for two reasons: firstly, it just so happened that a young ranger, Jhaax Doldruin, was among the town’s defenders and he knew more than enough about your typical stone giant’s behavior to be very suspicious…

… and, secondly, K-os just couldn’t help himself; his overacting and melodramatic concern for the lion’s share of the glory betrayed them all. K-os’ reputation, and that of his company, slipped toward the infamous as word of this failed deception spread throughout The Perrenland.

The dwarf Hendel, was one of the more unfortunate members K-os’ notorious company of anarchic adventurers. Hendel was a dwarf with a problem; he was a hopeless gambling addict and he had accidentally gambled away the group’s subterranean home. As a consequence of Hendel’s rather unwise actions, K-os and company found themselves defending the former dungeon lair of Bargle the Nasty against it’s new owners.

K-os’ answer to the thorny legal debacle was to simply kill all the other claimants upon his home. He did so, and then turned to Hendel the Dwarf, his comrade of many years and had him hanged, drawn and quartered for his sins.

Faraway from any of this, in the distant Duchy of Ulek, a 15-year old awkward little nerd called Malek Cathoris began his apprenticeship to a white necromancer named Janni.

And, even further away, in the Free City of Verbobonc, the very wealthy and important Lady Kathli Torgrim gave birth to her fifth and final child – a handsome little baby boy with a future. She named him Michael.

Jhaxx Doldruin’s aunt and mentor passed away before they were able to return from the Perrenland to their home in the Vesve Forest. Jhaax returned alone, to the forest where he was born.

Thoric Ironboot, on the run from the Navy (he never did like to talk about why, exactly), found himself as far west as west could be, in the coastal town of Hissardarmir.

It was there that he was hired by Flesh Darkshade, Celowin Silvershield and Tam to guide them back east across the Lands of the Tiger Nomads. They planned to drive a bloody great herd of draft horses which would drag their boat, the St. Joseph, across the land with them.

Faraway, in the Duchy of Ulek Malek Cathoris completed his apprenticeship and became a white-robed necromancer – you know, the good type.

Meanwhile, back in the Perrenland, K-os Bloodsword had become an infected werewolf, unbeknownst to anybody, including himself. Indeed, K-os was leading the investigation into his own recent grisly murders and all of the suspicious local animal disappearances…

…things came to an unfortunate conclusion, late one night when K-os and Teega snuggled up together and things become less amorous than usual and much more hairy! Teega Bloodsword was forced to beat the living moonlight out of her own poor husband.

In the City of Highfolk, the archmage Mordenkainen formed an adventuring company. They numbered twelve and amongst them were Mordenkainen’s apprentice, Bigby, the fighter Fists, the ranger Jhaax Doldruin and the underdark ranger halfling Pontus Hardiggen (son and namesake of the famous explorer). 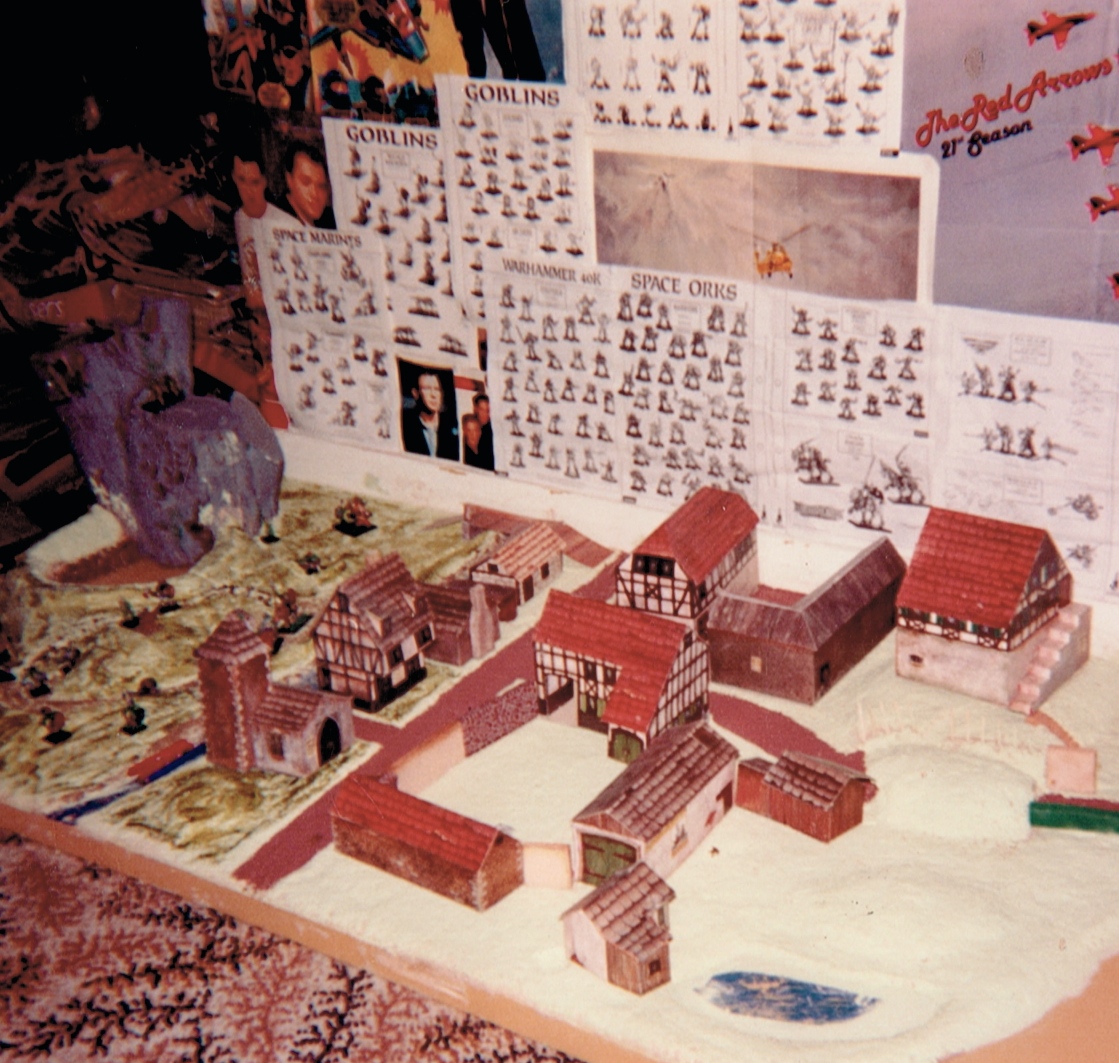 Flesh Darkshade and his wife Tam came to an unfortunate and flamey-death in the lair of a balrog, somewhere in the Perrenland. The pit fiend was eventually defeated but only when Flesh’s companions returned with Celowin Silvershield, the barbarian Destro and his companions: Malek Cathoris, Wilhelm of Hextor, Otto, Delsenora and Jehnna Windrow who adventured together here for the very first time. 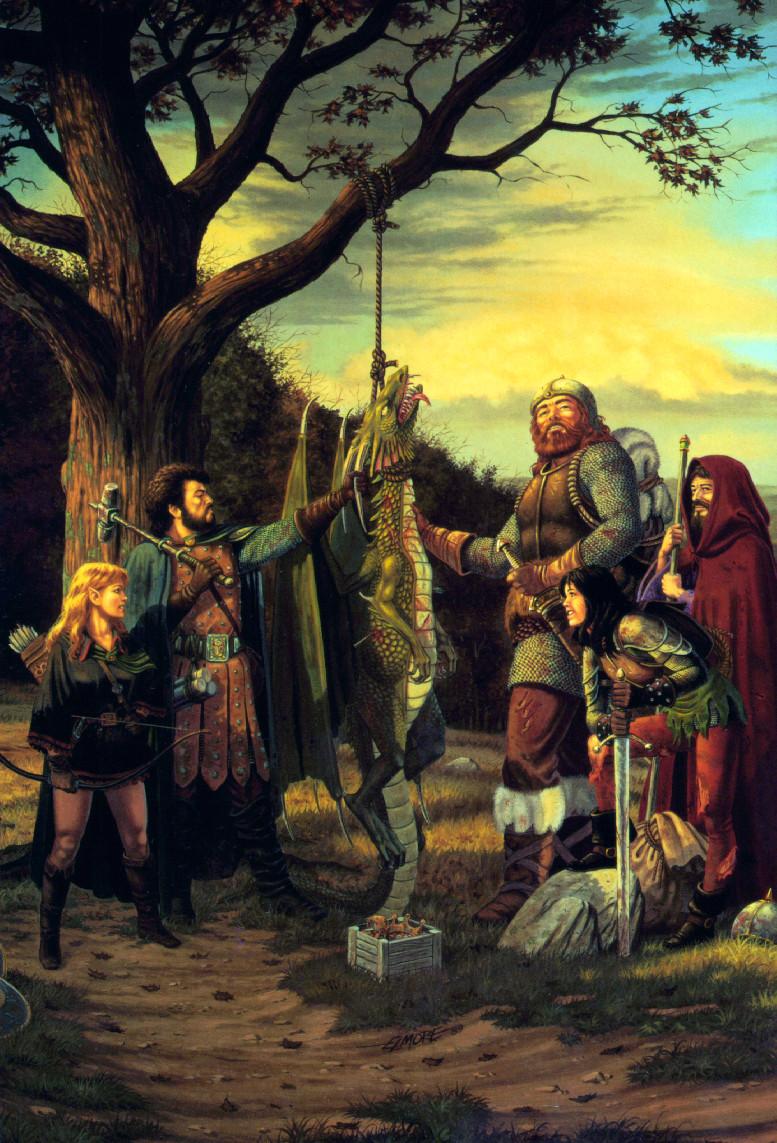 K-os lead his party off to discover the lost Isle of Dread somewhere north of the Sultanate of Zeif. They traveled to the island within Baba Yaga’s Hut, which functioned as a very nice home-away-from-home. They explored the Isle extensively and had many crazy adventures, but the whole campaign was marred with disaster!

Prince Arat had become a drunkard, and he badly beat up Jo Bloodsword. As if to make matters worse, he somehow attempted to seduce his mother-in-law Teega instead of making good his escape while he still could.

Teega beat him to within an inch of his life, and then K-os fed him to his new pet dinosaurs. Jo never recovered from her injuries and her grave remains, to this day, inside the extra-dimensional hut.

by: Llowellen
See All Pages

I'm sorry, but we no longer support this web browser. Please upgrade your browser or install Chrome or Firefox to enjoy the full functionality of this site.